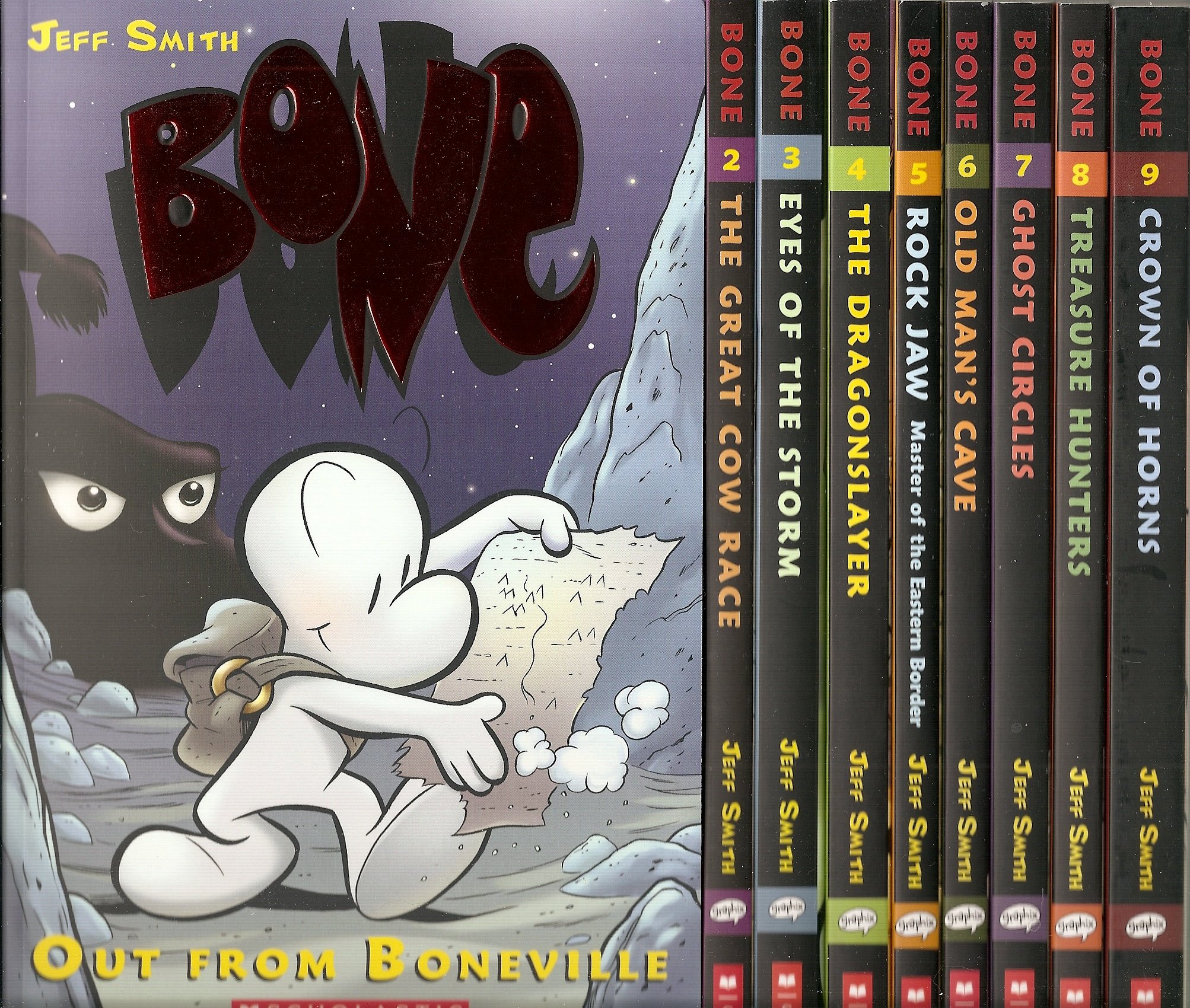 The books of BONE

It’s terrific. The writing is funny and suspenseful and full of heart, and the art is expressive and beautiful. If Smith were bringing BONE out as a new work today, it would get the same spectacular praise as it got the first time around.

I liked BONE well enough when it first appeared, but I didn’t read all of it. Now, I’m re-reading the parts that I already knew as well as parts that I’ve never read, so I have two perspectives on the work.

Both of my perspectives agree: It’s terrific.

Jeff Smith has been concentrating on picture books lately and doing them beautifully, as you’d expect. But Jeff, please — come back to comics.